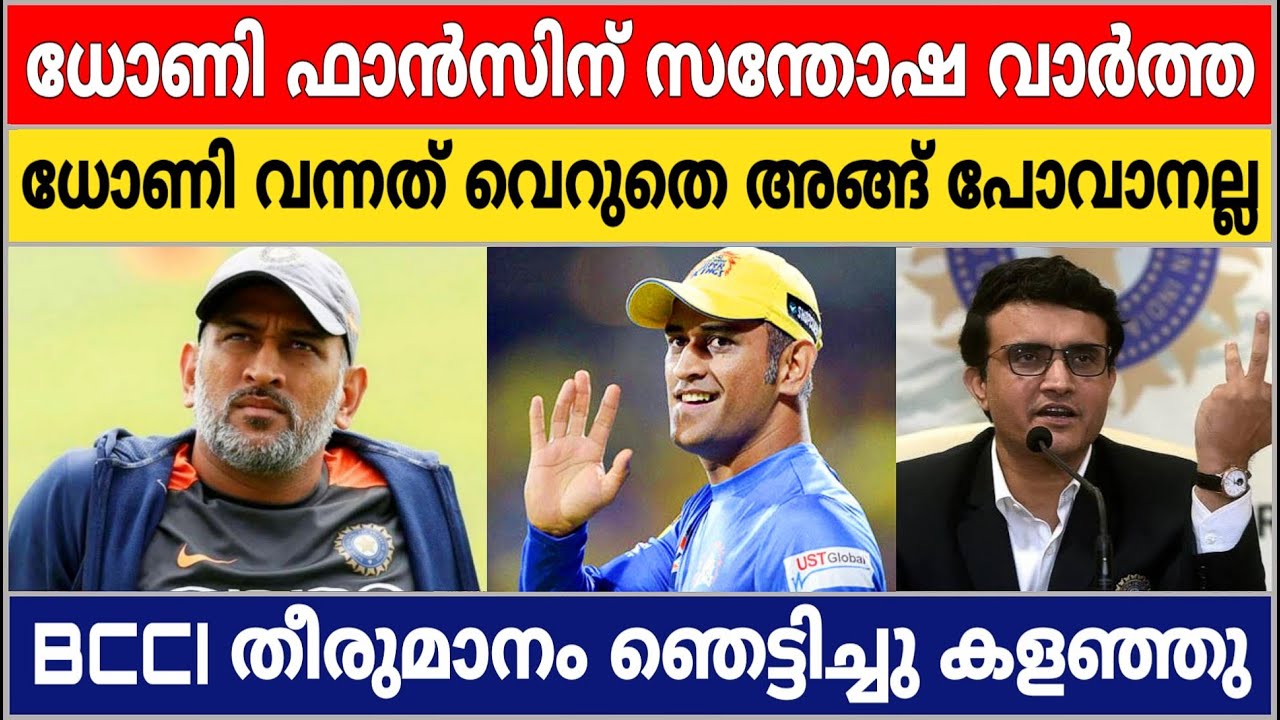 Former India captain Mahendra Singh Dhoni might have silently bid adieu to international cricket but the Board of Control for Cricket in India (BCCI) wishes to give the legendary India cricketer a grand farewell that he rightly deserves.

As per news agency IANS, a senior BCCI official said the board will speak to MS Dhoni about his farewell game, during the upcoming edition of the Indian Premier League (IPL 2020), and plan accordingly.

“There is no international series right now, maybe after IPL, we will see what can be done because Dhoni has done a lot for the nation and he deserves all the respect. We always wanted to have a farewell match for him but Dhoni is a different player. He announced his retirement when nobody was thinking of it,” the official said.

Asked if they had any word with Dhoni as of yet, the official said, “No, but surely we will speak to him during the IPL and that would be the right place to get his opinion about a match or series. Well, there will be a proper felicitation ceremony for him no matter if he agrees on it or not. That will be our honour to felicitate him.”

“I would be really happy if the BCCI hosts a match for Dhoni. He is a legendary player and you can’t let him go just like that. His fans would want to see him again in action,” Lal was quoted by IANS as saying.

“IPL is happening in the UAE and everybody will be glued to their screens to watch him play. But the board can host a series in India too, so that people can see him live in the stadium (obviously after this pandemic gets over),” he added.

Earlier, Jharkhand Chief Minister Hemant Soren had also sought a farewell match for one of the most successful captains in world cricket and the greatest finisher the world has ever seen. Soren had made an appeal to the BCCI, saying that Jharkhand would be the host