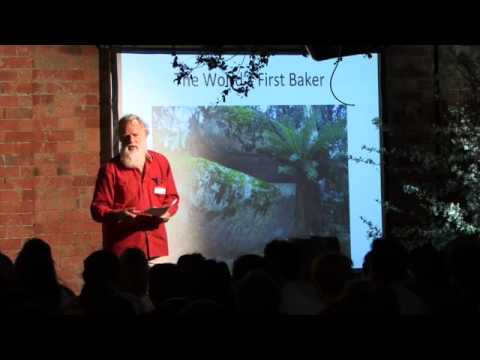 Bruce Pascoe begins by honouring this area’s traditional owners, the Wurundjeri and Bunurong people, “who fished the harbours and rivers and grew their foods on the gentle hillsides of Melbourne.”
He talks about the agricultural activities of Australia’s Aborigines, contesting the idea that indigenous Australians lived purely through hunting and gathering. “We found a 34,000-year-old grinding stone used for grinding flour. They were the world’s first bakers…”
This talk took place at WAW Gathering, a weekend-long anti-festival that included talks, performances, cooking, eating and sharing ideas. The WAW Gathering was on October 4 and 5, 2014 in Melbourne, Australia.
Bruce’s book Dark Emu: darkemu.wordpress.com
wawgathering.com.au

Why I hate kpop