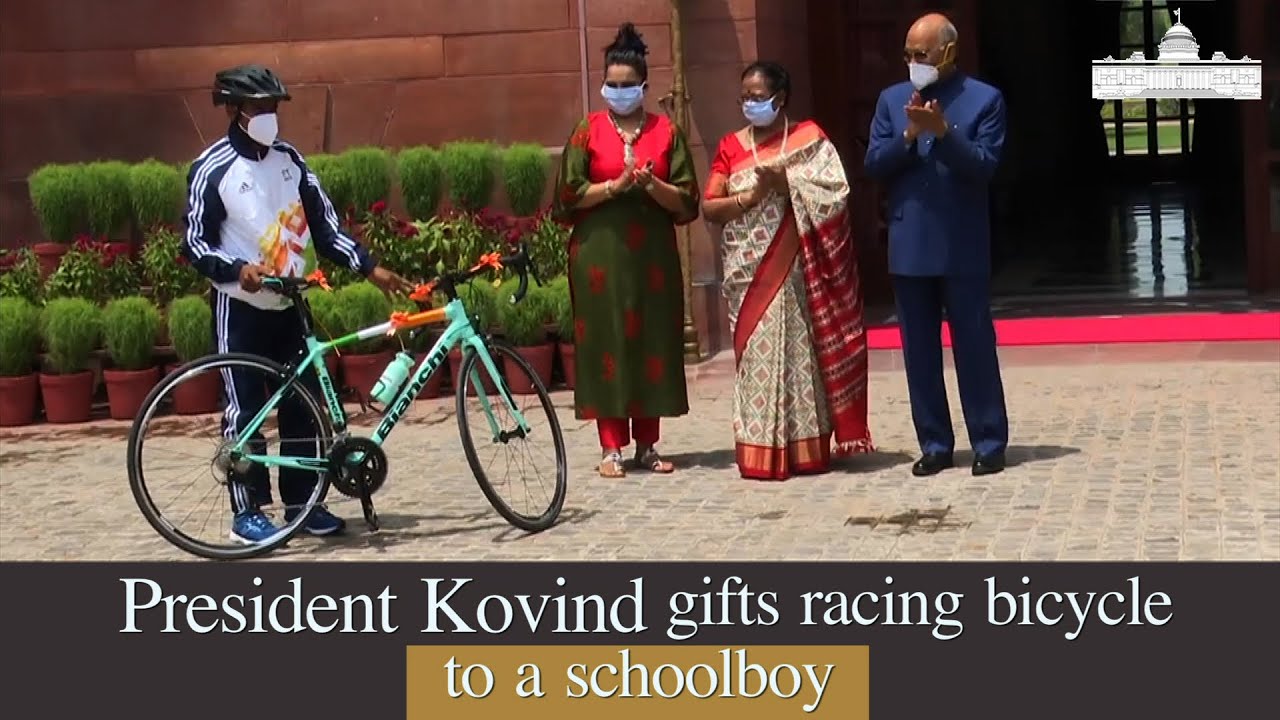 In a gesture of motivating youth for nation-building, President of India, Shri Ram Nath Kovind chose a struggling school boy Riyaz, who dreams of excelling as cyclist, to gift him a racing bicycle. The President also wished him to become an international champion of cycling race and realise his dream through his hard work.

The bicycle delivered to Riyaz today (July 31, 2020), a day before Eid-al-Adha, comes as Eidi in true spirit of the festival that is marked by gifts given by elders to youngers. Riyaz’s story is quite educative for those struggling youth who come from the underprivileged class of society and yet dare dream big in their life.

A student of Class 9 at Sarvodaya Bal Vidyalaya at Anand Vihar in Delhi, Riyaz originally belongs to Madhubani district of Bihar. His family members – his parents, two sisters and one brother – live in Madhubani, while Riyaz stays in a rented accommodation in Maharajpur, Ghaziabad. To supplement his father’s paltry income as a cook, the boy in his free time works in an eatery in Ghaziabad as a dishwasher.

Riyaz’s passion is cycling, and he practises hard after studies and work. In 2017,he won the bronze medal in the Delhi State Cycling Championship. He went on to participate in a school games event in Guwahati, according to the District Magistrate, Ghaziabad, and achieved the fourth rank at the national level.

Enthused by his achievements so far, the boy has raised the bar and has been taking professional training from a coach, Shri Pramod Sharma. He regularly trains at the Indira Gandhi Indoor Stadium in Delhi. Unfortunately, he had to depend on a borrowed sports cycle for his practice, and all that the budding champion wanted was a cycle of his own. His wish has finally been granted on the occasion of the Eid. The President came to know of Riyaz’s story of struggle through reports in the media.

Complimenting Riyaz for his achievements defying all odds, President Kovind wished him very best in the life and said that his story should serve as worthy of emulation for the country’s youth who must come forward for nation-building bydint of their dedication, hard work, courage and honesty.
Follow The President of India:
►Twitter:
►Facebook:
►Instagram:
►Subscribe to channel:
►Website:

Fast Food Recipes You Can Make At Home